The primacy of the inner type of freedom can produce a withdrawal from the world or an attitude of passivity towards its frustrating circumstances, particularly when the believer searches for real freedom exclusively inside the self irrespective of the conditions that exist in the broader socio-political environment.

Freedom is a core value and idea of modernity. It was the driving force behind the historical process that led to the emergence of the modern nation-states, inspiring people to fight for their independence against the authoritarian ‘old regime.’ Therefore, it has a profound political character, orienting human action towards socio-political change, at times through violent revolutionary processes.

Orthodox Christianity was a fundamental pillar of the legitimacy of the Byzantine and Ottoman empires (and later of the nations-states), albeit in different forms, contributing to the reproduction of their power relations and their stability. As Vasilios Makrides has noted, this came at the expense of Orthodox Church’s own autonomy and its ability to develop a systematic social teaching. It is unsurprising, then, that the Ecumenical Patriarchate of Constantinople – a basic institution of the Ottoman administration – excommunicated the Greek revolutionaries in 1821, considering their armed insurrection as a profane overthrow of the Godly-imposed imperial order and of the holy traditional values. This notwithstanding, numerous members of the Orthodox clergy supported and even took part in the Greek liberation struggle. The perception of the latter in religious terms (Orthodox believers vs. Muslims) played a catalytic role: they fought both for freedom and faith.

As Greece celebrates the 200th anniversary of the beginning of the War of Independence in 1821, it is pertinent to reflect further on Orthodox Christianity’s tension between an oppositional and supportive stance toward the established socio-political order. Does the example of the Greek revolution prove that Orthodoxy is a fertile ground for the development of both attitudes on equal proportions? The main question here is not about social engagement (albeit an issue significant on its own), but about sociopolitical action that aims to radically change an existing status quo. Aside from the institutional position of the Orthodox Churches within the state structures and the interests of the church executives that stem from this relationship (for a recent example, see here), there are at least three other important reasons that slow down, delay or even hinder the development of strong transformative action in society on the part of the Orthodox Church.

First, Orthodoxy too faces the inherent tension that exists between religion and politics – a tension that has been aptly demonstrated by Max Weber in his famous lecture on politics as a vocation. More specifically, love is at the heart of the value system of Christianity in complete consonance with Jesus’s commandment: “love your enemies and pray for those who persecute you, that you may be children of your Father in heaven” (Matthew 5: 44-45). Love, therefore, has ontological primacy, for it opens the road to salvation. But socio-political, and particularly revolutionary, struggle is based on material and symbolic violence. This often leads Orthodox leaders in periods of turmoil to condemn sociopolitical activism, juxtaposing it with Jesus Christ’s sacrifice on the cross. As I have demonstrated more fully elsewhere, their argument is that the first type of action aims to change the superficial level of historical conditions through the road of socio-political activism (including violence, when necessary), while the second aims to transform the very foundation of human existence through the peaceful means of love and self-sacrifice.

Second, in comparison to Western Christianity (particularly Protestantism), Orthodoxy sets greater value upon the past, as it is heavily centered on tradition. Its religious beliefs and practices are perceived in rather essentialist terms; for instance as reflections of holy truth itself. The admiration of tradition is not confined only to Orthodox hardliners (fundamentalists), which like all kinds of similar protest movements opposes the spirit of modernity aspiring to restore an idealized societal order and traditional way of life. Rather, it constitutes a distinctive feature of Orthodox Christianity in general, albeit in different forms and attitudes. Hence, the desired stance on behalf of the faithful is the maintenance and reproduction of the established tradition, which also means the  reinforcement of the broader social context within which this tradition exists. To return to our initial example, even in the context of a non-Christian rule like the Ottoman, the authority of the time was portrayed as an indirect savior of the authentic Orthodox tradition, ordained by God, against an imminent takeover by the heretics of the Latin West. By contrast, any action that challenges or aims to change the traditional ‘order of things’ can be easily condemned as a dangerous and heretical distortion of the ‘genuine’ Orthodoxy.

Third, and in connection with the previous, freedom in Orthodox theology has first and foremost an existential meaning, namely as liberation from sinful passions that impede eternal life. This type of freedom orients human action toward the inner space of self and not toward the external conditions of life. This is why repentance and not political action is regarded the ideal ‘medicine’ against the problems of a given historical period (e.g. financial crisis, coronavirus pandemic). The primacy of the inner type of freedom can produce a withdrawal from the world or an attitude of passivity towards its frustrating circumstances, particularly when the believer searches for real freedom exclusively inside the self irrespective of the conditions that exist in the broader socio-political environment. But even when the latter is condemned as repressive, the demand for change must necessarily serve the superior value of existential freedom in order to be considered legitimate.

Of course, like every religion, Orthodox Christianity too is not monolithic. For instance, there is also a contrasting this-worldly oriented theological current that attempts to facilitate a stronger socio-political engagement by giving a more activist meaning to the fundamental Orthodox values and ideas. Love here can become anger toward the various injustices of the world. However, this is not historically the prevailing current. In the course of history and under the influence of Eastern monasticism, Orthodox Christianity has developed a distinctive ‘spirit’ of mystical sacrality and otherworldly spirituality that led to a neglect of societal conditions, an eschatological solution of social problems, and an accommodation with the political establishment.

The following excerpt from a speech by a contemporary Orthodox monk is a prime example of this religious ‘spirit’ and its consequences on the practical level in the everyday world:

The multiple references to the ‘thirst’ signify a strong feeling of a lack of the ‘water’ of eternal life, which is to be found not in this futile and temporary ordinary life, but in the world beyond. Only the latter is eternal and thus meaningful; this is the realm of God and of the saints, but the faithful too can secure a place there under the presupposition that they reach the state of inner freedom in Orthodoxy. The call is for immediate action (‘as quickly as possible’), because any postponement can harm salvation itself; but this action and its main frame have a strong otherworldly direction, one that leaves the historical conditions unchanged. After all, in this Orthodox Christian perception, the mundane affairs are perceived to be ‘vanity of vanities; all is vanity’ (Ecclesiastes 1:2) and what really matters lies beyond this earthly world.

To sum up my argument: structural and theological features of Orthodox Christianity (e.g. close church-state relations, tradition-bound theology, ritual practice, otherworldliness, negative evaluation of modernity) facilitate the adoption by the church executives of a supportive or even legitimizing attitude toward the established social order. This does not mean that an oppositional stance is a priori precluded. The active participation of clerics in the Greek liberation struggle (1821-1829) against the Ottomans is a prime example, as mentioned at the beginning of this essay. However, such an attitude is rather an exception and it has been successfully realized only when change-oriented actors managed to overcome the hegemonic existential meaning of religious freedom by connecting the latter to the idea and value of national freedom. In doing so, they directed human action toward the immediate transformation of their society without having to wait until they get liberated from their sins and passions – whereas for Orthodox theology it is precisely the change of the ‘inner self’ that leads to the authentic external freedom, not vice versa. 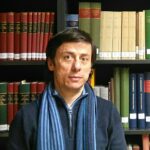