After spending weeks in mid-summer headlines, it appears the ramifications of Burwell v. Hobby Lobby have still not finished panning out. In midterm elections across the United States, Hobby Lobby has become something of a rallying cry for both parties – though in distinctly different ways.

After spending weeks in mid-summer headlines, it appears the ramifications of Burwell v. Hobby Lobby have still not finished panning out. In midterm elections across the United States, Hobby Lobby has become something of a rallying cry for both parties – though in distinctly different ways. For Republicans, the Hobby Lobby decision appears to have two major electoral features: the nature of the case bodes poorly for the much-maligned Affordable Care Act, while its implications center long-held Republican concerns over religious liberty in the public square. Meanwhile, Democrats have framed the Hobby Lobby defeat as evidence of the danger of Republican appeals to religious liberty, using the verdict to galvanize female voters who view their use of contraceptives as under attack.

In other words, Hobby Lobby represents a coalescence of ghosts from the recent political past: in the threat posed toward contraception access and use there are shades of Sandra Fluke, and in the victory for religious corporations there are echoes of Jan Brewer’s February veto of Arizona’s most recent ‘religious liberty’ bill. Touching on questions of sexuality, abortion, state power, corporate personhood, the use of healthcare, and the obligations of businesses, the Hobby Lobby battle appears to be a hill made to die on for all parties involved.

For midterm voting bases, a major question in need of settling is: should the legitimacy of a religious conviction determine whether or not it warrants political protection? For instance, the Satanic Temple has now claimed it intends to pursue exemption from informed consent laws intended to expose women considering abortion to allegedly pro-life material, arguing that subjecting women to any pro-life material is contrary to its religious principles. But then again the Satanic Temple states within its own material that it is, in fact, not a ‘religious’ organization proper; it has no internal order of beliefs, but rather a commitment to not maintaining such beliefs.

In many ways, therefore, Satanism is the religion liberalism built, a ‘faith’ only insofar as it claims it is, and insofar as we are prevented in liberal, pluralistic societies from probing such claims for their legitimacy. To do so would require a standard of measurement, and to erect a standard of measurement would be to privilege some religious view over another. Since that isn’t an option in a country heavily invested in distance between church and state, we remain in an uneasy sort of truce with Satanism and its derivatives, looking to laws to harmonize the competing claims of religious organizations without being able to establish whether or not they’re good, genuine, or worthwhile.

And yet, politicians looking for a boost from the Hobby Lobby decision will likely have to make some claim as to the legitimacy of the Green family’s belief, implicit or explicit. In an attempt to rebut Democratic claims that the very arbitrariness of the conviction underlying Hobby Lobby underscores the degree to which birth control access is endangered, Republicans Kelly Ayotte and Deb Fischer wrote an op-ed in the Wall Street Journal remarking in part that:

Americans believe strongly that we should be able to practice our religion without undue interference from the government. It’s a fundamental conviction that goes to the very core of our character—and dates back to the founding of our nation. The Supreme Court’s decision in the Hobby Lobby case, which protects rights of conscience, reaffirmed our centuries-old tradition of religious liberty.

It’s hard to disagree with such sturdy boilerplate. Yet the question remains: when it comes time for Satanists to request their own exemptions, will this reasoning be enough to sustain what will doubtlessly be Republican opposition? Or will midterms host the placement of a meatier set of arguments not so hesitant about the content of the convictions considered for protection? As electoral narratives develop, the tension between religious conviction and liberal pluralism will loom ever larger, posing uncomfortable alternatives to each party. 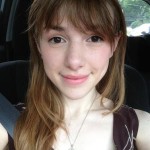 Liz is a PhD student in Brown University’s Religion and Critical Thought program, and has an MPhil in Christian theology from the University of Cambridge. She reads Augustine and his inheritors, and spends her free time working in her garden. She blogs regularly at www.elizabethstokerbruenig.com

6 thoughts on “Hobby Lobby: A Hill Made to Die On”