When I accepted the invitation to write a brief reflection on José Esteban Muñoz, I revisited my own recollections of his death—where I was when I received the news, how I felt about his sudden loss, and what I had written in response to it all. As it turns out, there’s a small prayer archived among my Facebook posts from December 4, 2013, the day after his death. The embarrassment that my own words from those first years in graduate school provoked in me confirms just how much my prayers have changed since then.

I decided instead to gather others’ reflections—obituaries, eulogies, elegies, or some other written form of obsequies—and begin this reflection from there. The couple dozen I was able to collect and file in a desktop folder titled “JEM Obits” range in formality from official press releases and university departmental statements to transcribed remarks, reviews, and poems by colleagues and friends. I was somewhat relieved to find that many ended their reflections in the same way I had ended mine—that is, by referencing Cruising Utopia (2009), the last book Muñoz published before his untimely departure.

The significance of this repeated reference may be obvious to those familiar with psychoanalytic theory and practice. In the wake of the radical loss of his fallen away body, the critical functions generated by melancholy are sublimated into creative redeployments of that most American of sentiments encrusting the heart of Muñoz’s later work—hope.[1]

While Muñoz and those who follow his analytic steps have been right to question whether critique is the exclusive province of those considered pessimists, I have remained simultaneously interested in and frustrated by the disavowal of the roles that melancholy—the psychic incorporation of dead or otherwise lost loved ones that make us who we are—plays at the heart of both his work and posthumous curation. Melancholy runs through his extant writing from the first part of Disidentifications (1999) titled “The Melancholia of Race” to the last chapter of The Sense of Brown(2020), which opens with questions about the significance of the loss of Ana Mendieta, a Cuban-American artist whose sudden death 35 Septembers ago remains unresolved.

Moreover, melancholy bends the arc of Muñoz’s corpus into that which precedes the essay titled “Feeling Brown, Feeling Down” (2006) and that which proceeds from it. In conversation with one of his most devoted students and editors, I learned that “Feeling Brown, Feeling Down” was more than just a stand-alone article. It was written after the last book his thesis advisor Eve Kosofsky Sedgwick would publish—Touching Feeling: Affect, Pedagogy, Performativity, wherein she embraces “reparative critical practices” as opposed to “paranoid” ones (128)—before her slow but no less premature death in 2009 due to breast cancer. It was also written amid public debates over the so-called “antisocial thesis” involving Lee Edelman, Jack Halberstam, and Tim Dean at the December 2005 MLA (Modern Language Association) Annual Convention. In retrospect, we can see that “Feeling Brown, Feeling Down” was the beginning of a trajectory that would take Muñoz from “feeling brown” to “the sense of brown.” Pointing out and giving space to this melancholy at the heart of his work may help us rethink what queer scholars of religion, race, gender, and sexuality are doing and what we might want to be doing.

Alongside his melancholy run questions of religion that he leaves by and large unthematized. The seventh chapter of Disidentifications includes a discussion on the limits of the book’s titular concept. In three pages, Muñoz reads a Cuban trans woman’s religious conversion to “born-again Christianity” in Dallas, Texas as a failed disidentification that comes at the price of detransition (163). On the first page of Cruising Utopia, in turn, religion appears again, or more specifically mysticism. Unnamed as such, mysticism nonetheless gives Muñoz’s exposition of queerness its form of mystical eschatology—glimpses of “new worlds” that queerness teaches us to “feel…beyond the quagmire of the present” (1). While in Disidentifications Christianity inhibits queerness, in Cruising Utopia Christianity incites it. In other words, before “Feeling Brown, Feeling Down,” religion was a hindrance; after “Feeling Brown, Feeling Down,” it is present help.

And finally, in the last chapter of The Sense of Brown, titled “Vitalism’s Afterburn,” Muñozturns to Mendieta’s use of “Afro-Cuban religiosity” in order to give us a word on “brownness” as a “shared sense of life and world” that “responds cogently to precarious histories of singular and multiple dispossessions” (145-146). Ren Ellis Neyra has written movingly about the troubling and troublingly consistent activity among non-Black scholars like Muñoz who “distort extraction [from Black thought and Black culture] into relation.” I won’t rehash their clear and persuasive critique here, but I will add that this extractive activity utilizes tropes of African diaspora religions for its own gain. This extractive utilization is made possible by an economy of Black fungibility that sustains contemporary discourses about African diaspora religions as simply resistant, recuperative, and reparative.

I tediously pick at this knot of melancholy, religion, and race that Muñoz leaves his readers with because the fussing gets at a central problematic: while he carved a brown world out of extractions from Black (religious) practices, others carve futures out of his own disavowed melancholy turned queer magic. For all his protestations against the racial whiteness of queer negativity, Muñoz’s own reparative efforts—doubtless inherited from Sedgwick as a parting gift—did not supersede the reparative/paranoid binary. Rather, his efforts and those of his curators confirm the workings of negativity in a doubly cut Manichean world: the Black/non-Black world in which Muñoz’s world-making is extractive and the white/non-white world in which his world-making is extracted.

In the preface to Joshua Chambers-Letson’s After the Party (2018), which is addressed to Muñoz himself, the still mourning student writes, “In the months after you died there was a proliferation of memorials. One friend joked that we were trapped in the Memorial Industrial Complex” (xvii). After recounting his bouts of weeping and howling, Chambers-Letson describes a scene in which Nao Bustamante—muse and friend of Muñoz—does not end her grieving performance but rather “crawl[s] up next to the bar, where she st[ands] up and order[s] a drink” (xx). And so, I wonder if “life in the time after [his] death” calls for a reading of religion, race, gender, and sexuality that is neither simply reparative nor simply paranoid, but melancholic—one that, with drink in hand, gives accounts of the dead that form us while acknowledging the ultimate unknowability that distends all accounts of those dead within us.

[1] Let us not forget that Ernst Bloch’s three-volume The Principle of Hope, which suffuses Cruising Utopia’s theory and method, was written at Harvard University while the German Jewish Marxist philosopher was in exile during the Second World War.

Adrián Emmanuel Hernández-Acosta is a Postdoctoral Research Associate in the Department of Hispanic Studies at Brown University, where he teaches courses in Hispanophone Caribbean literature with a focus on formations of race, gender, and sexuality in the afterlife of racial slavery and under duress of colonial structures. Adrian’s research focuses on the poetics and politics of death and mourning in 20th and 21st century Caribbean literatures and African diaspora religions broadly understood. He has served as Assistant Managing Editor for Transforming Anthropology, the flagship journal of the Association of Black Anthropologists, and his creative nonfiction has been published on public platforms such as ReVista: Harvard Review of Latin America and La Respuesta Magazine. 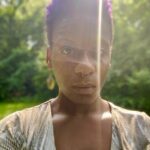 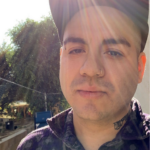 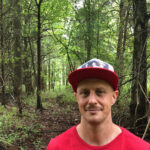