“Consequently, war is determined as end and necessity not only in democracy but also in politics and in culture. War has become both remedy and poison—our pharmakon” (3).

“The sacramentalization of war and race in the blast furnace of colonialism made it at once modernity’s antidote and poison, its twofold pharmakon” (6).

“I would like to begin by announcing some important developments in our war against the Chinese virus.”

Remedy, poison, and scapegoat—the meanings of pharmakon repeat with some differences amidst a pandemic. In the United States, President Trump has been using language of race and war since mid-March to describe the COVID-19 pandemic. Listening to his racialized war language, it gives me no joy to admit hearing the haunting echoes of Carl Schmitt.

In the 1920s, Schmitt was the Nazi “Crown Jurist” who gave us the term “political theology.” He crafted a “political theology” which allows a leader to act as a sovereign one that is not just above, but beyond the law. Schmitt’s political and legal thought has been both remedy and poison—it can be used to either ordain or detect the beginnings of neo-fascism. (To hear more on sovereignty amidst the pandemic, see Kyle Lambelet’s essay, “Viral Sovereignty,” that is part of this symposium. Here, I’ll be focusing on the friend-enemy distinction.)

One of Schmitt’s primary concerns was the decision. For Schmitt, the most essential and fundamental decision that the strong, independent sovereign could make was not the choice between good and evil but the distinction between friend and enemy.

In the U.S., Asian and Asian-Americans have faced increased xenophobiasince the start of this pandemic. Even before various shelter-in-place orders, xenophobia was displayed through “plummeting sales at Chinese restaurants, near-deserted Chinatown districts and racist bullying against people perceived to be Chinese,” described Natalie Escobar on NPR’s Code Switch. NBC News reported that in the nine days between March 18 and 26, Asian and Asian Americans in the U.S. reported 650 racists acts.

On March 16, our present sovereign President Trump began using uniformly racist language, making a discernable switch from “coronavirus” to “Chinese virus.” Three days later, a White House photographer shared a chilling image. It was a close-up of Trump’s speech script centered on his handwritten edit—in black sharpie, he’d crossed out “corona” and inscribed “Chinese.” I’m often not sure whether Trump gives forethought to his neo-fascist philandering—now, his crafting is undeniable.

Vox’s Dylan Scott has compared Trump’s use of racist rhetoric with the racist history of “outbreak-related fear-mongering.” Scott quoted historian James Mohr on the 1899 bubonic plague outbreak in Honolulu, Hawaii: “Since the early victims were Chinese, ugly cries arose for the destruction of all Asian neighborhoods on the pretext that they seemed to be breeding grounds for plague; blaming victims and increased hostility toward minorities had been hallmarks of health-related panics since ancient times.” Trump’s racism isn’t new. We shouldn’t let ourselves be fooled.

Applying Schmitt’s verbiage, Trump has made his most important decision—the distinction between friend and enemy.

Trump’s language has shifted towards not only racism but also warfare. On March 28, Trump tweeted, “with the grace of God, WE WILL WIN THIS WAR.” While the wartime language creates a seriousness that pandemic response requires, warfare language also requires an enemy.

Yes, Trump has called COVID-19 the “enemy” (for example, see his March 16 news conference). However, in February, Trump crafted his first non-viral enemy—Democrats—calling the corona-crisis “their new hoax.”

Then in March, Trump retooled another of his favorite friend-enemy distinctions—his assault on the press as the “enemy of the people.” For example, when a reporter asked Trump during a briefing on March 20, “What do you say to Americans who are watching you right now who are scared?” Trump’s response was disturbing—“I say that you’re a terrible reporter. That’s what I say.”

Differentiating journalists as enemies is always alarming, but especially so during a public health crisis. In an op-ed on April 3, Charlie Warzel showcased the disturbing reality of misinformation around COVID-19. “What we don’t know about COVID-19 will degenerate into even more intricate conspiracies—some almost believable, some outrageous, but all dangerous.” One expert Warzel interviewed was worried that distrust of the media and misinformation would “scapegoat China and divert blame away from domestic failings.” (And, of course, Trump’s hostility toward intellectuals and the scientific community is also concerning.)

For those like myself, who oppose Trump’s neo-fascist tactics, let me point out two individuals in Trump’s administration to watch closely for possible friend-enemy distinctions.

Robert Redfield, director of the CDC, has a disturbing history of making such distinctions. During the 1980s and 90s of the HIV/AIDs crisis, Redfield advocated harsh distinctions between “infected” and non-infected while working for the U.S. Military. Redfield helped design policies that, for HIV positive soldiers, could lead to the denial of medical benefits, prosecution of “sodomy,” and a dishonorable discharge. Between then and 2018, Redfield was on the governing board of an anti-gay conservative Christian organization focused on HIV/AIDs. In the past, Redfield has been eager to make distinctions between friend and enemy amid a spreading virus. Which distinctions will Redfield advocate during this virus?

Unfortunately, Redfield isn’t the only Trump-confidant who has a history of making distinctions between friend and enemy.

During his November lecture at the Federalist Society, Attorney General William P. Barr pointed to “critical junctures”—those moments when our country “has faced a great challenge”—as those junctureswhen a “strong, independent Executive” is most needed. Whether you follow Barr’s legal theory or not, it’s hard to argue that our current corona-crisis is not a “critical juncture.”

In Barr’s depiction, the friend-enemy distinction was fundamental to those “critical junctures” in American history he chose to highlight: Brits, indigenous inhabitants of land past the Mississippi, fascists, communists, “Islamist” terrorists.

Before COVID-19’s designation as a “pandemic,” Tasmin Shaw crafted a weighty comparison of Barr and Schmitt in the New York Review of Books. As Shaw put well, in the Trump era, “this ill-defined enemy is the specter constantly evoked by the people Trump has chosen as his advisers and officials. Their mythic world-historical struggle has become detached from” reality.

Yet, being vigilant for friend-enemy distinctions isn’t sufficient. Many in the U.S. are simply being forgotten, falling between friend and enemy.

As of April 6, 138 inmates and 59 employees have tested positive for COVID-19 in federal prisons. Seven inmates have died. As of writing this, there isn’t yet consistent or reliable data on cases throughout state prisons—so forgotten, they’re not even counted.

In late March, activists used the historical example of Anne Frank to highlight neo-fascism’s historical role in the disease-caused death of detainees. “Anne Frank didn’t die in a gas chamber,” reminded Elizabeth Weinbloom, the Never Again Action Massachusetts spokesperson. “She died of a communicable disease in a crowded detention facility.”

“Can the Other, in light of all that is happening, still be regarded as my fellow creature?” (3) Achille Mbembe asks, “If, ultimately, humanity exists only through being in and of the world, can we found a relation with others based on the reciprocal recognition of our common vulnerability and finitude?” Schmitt would say no. But I read a book once that said something different.

Portions of this essay are also published with Counterpoint: Navigating Knowledge. 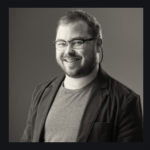 J.D. R. Mechelke is a Ph.D. Student at Drew University in Madison, NJ. He studies in the Theological and Philosophical Studies in Religion program, focusing on political theology, poststructuralism, and queer studies in religion. After growing up in Stillwater, MN he now lives in Madison, NJ with his partner, Andrew, and his aged Golden Retriever, Aiden.

Be Not Afraid: Pandemic in a Time of Political Uncertainty 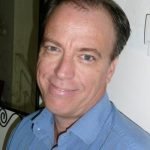 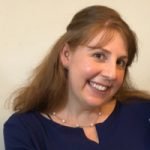 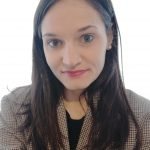