Herod was scared of a newborn baby. This basic fact of the Epiphany story bears the key to understanding its political implications. Herod’s fear reveals something of the anxiety that accompanies absolute power. In the political context of the Roman Empire, which supported Herod’s control of Judea, the continuance of power depended on the political elites capacity to convince people.

Is God a Socialist? And if so, what kind of socialism does God espouse?

By The Editors
January 21, 2013
Ecology, Essays, Justice, The Politics of Scripture

Expecting Justice: The Politics of Jeremiah 33:14-16

It is a challenge to reflect on politics and advent together. As advent emerges and we begin to anticipate the emergence of God’s presence into the world anew, as we expect the child who taught peace and preached liberation for the poor and oppressed, I cast my eyes on the political landscape and struggle to glimpse what might be breaking forth with new life. Perhaps this is a problem with how we conceptualize the birth of Jesus, as a grand cosmic event, an episode of a preordained salvation history, the inauguration of a new kingdom of peace on earth. There is another element to this extraordinary story, its ordinariness. Jesus is born in a Galilean backwater, to an unwed teen mother, lost in a crowd of travelers. Jeremiah prophesied to his ancient community about a time when justice and righteousness will emerge into history. We still await the fulfillment of this prophesy. But refracting this vision through the circumstances of Jesus’ birth will perhaps teach us to look for this hope in unexpected places…

In contemporary Western society we like to pride ourselves on having done away with what we would term ‘archaic’ systems, such as slavery. And so, when we hear such a system mentioned or even alluded to in a text like John 8:31-36, it is easy to write Jesus’ words off as anachronistic to our more ‘civilized’ approach. If we’re among the majority of such Westerners who know of no slavery in our ancestral background (or, if we do, whose ancestors were the slaveholders), then we may be tempted to object with Jesus’ disciples:

“‘We are descendants of Abraham and have never been slaves to anyone. What do you mean by saying, “You will be made free”?’” (8:33)

The first disciples resisted Jesus’ slave imagery, but not without irony. After all, the children of Abraham with whom they identify are the same children of Jacob who traveled to Egypt and were made slaves. Moses and Aaron led their ancestors through the wilderness so that they—the disciples, all the Jews, and by extension believers today—are children of the exodus; children for whom the reality of slavery is very real and near. And yet they resist this, practicing a form of selective amnesia rather than think of themselves as slaves. 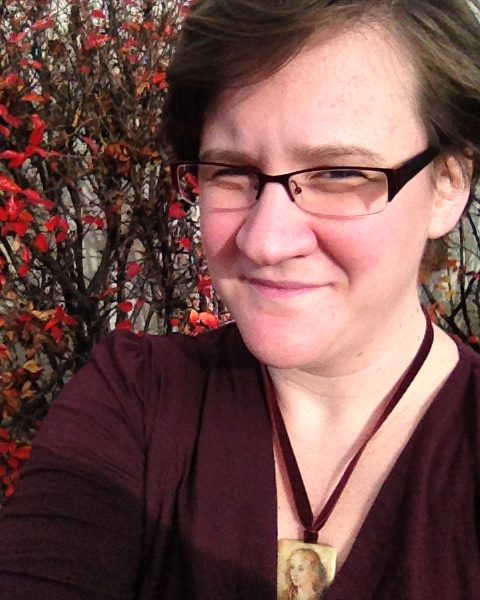 It seems easy. So easy we can almost brush it off. Smile approvingly at the Sunday School teacher seated across the aisle from us in worship, and check one more thing off our spiritual to-do-list. Welcome little children? Done. We might ask ourselves, “How dense could these power grubbing disciples have been to miss so simple a point as this?”

But take a look across that same aisle once again… If your church is like many, there may be an usher giving a mother a dirty look as she walks her small child to the bathroom. Or a father putting his finger to his lip, afraid that his toddler’s whispers might disrupt someone. Or maybe a middle-aged gentleman checking the church’s giving record, calculating in his head what percent of the church’s income comes from his check. Or a young woman dressed just so, glancing at a hand mirror to check her make up….

By Michael Jaycox
July 30, 2012
The Politics of Scripture

While the abuses of power and privilege in modern banking may not be as explicit as David’s crime, they are parallel. People in power tend not to consider the cost of their self-interest in communal terms. Most families who are facing foreclosure in New York City today are the victims of banks who regard a homeless child as a reasonable side effect of their profit motive just as David regarded Uriah’s death as a reasonable way to Bathsheba.

By Rev. John Allen
July 5, 2012
Justice, The Politics of Scripture

Although often lost in a generic celebration of the giving of the Spirit, this text is one that is filled with questions of ethnicity, language, and diversity. It speaks to the American debate of whether this nation can or should be a melting pot that blends and ignores culture and ethnicity or a mosaic and celebration of the diversity that exists in our midst. But first, some background: