As an Asian American theological ethicist reading the United States Conference of Catholic Bishops’ 2018 pastoral letter Open Wide Our Hearts: The Enduring Call to Love, I am buoyed by the bishops’ recognition that racism is hardly an ancillary feature of contemporary life in the U.S. or a thing of the past. But just as I am lifted by the bishops’ call for a national reckoning with racism, we need to do more than what the letter recommends if we genuinely desire to atone for the sin of racism.  The bishops are right to propose that as a first step Christians “are called to listen and know the stories of our brothers and sisters” (10).  They are also right to propose that we have much to learn from the “historical and contemporary experiences of Native and African Americans” (10).  However, in saying that the experiences of Native Americans, African Americans, and, as they will say later in the letter, Latinos/as are “[e]specially instructive at this moment” (emphasis added) and, accordingly, we ought to give special attention to how these communities of color experience racism today, the bishops have missed a critical opportunity to deepen our national conversation on race in a manner that we as Christians, and as Americans more generally, so desperately need but lack the language and imagination to do so.  The missed opportunity of this letter is the virtual absence of Asian Americans.  To be fair, the letter does note that “if we are to be moved with empathy to promote justice,” then we need to hear the “tragic stories” of many groups, including “the Irish, Italians, Mexicans, Puerto Ricans, Poles, Jews, Chinese, and Japanese” (10).  But that is all that they say about Asian Americans; their primary focus is, as I noted, on the experiences of racism within non-Asian communities of color.

But the second problem is the more significant and sinister one and pertains to the inseparability of the model minority trope from a white racial logic.  Hardly a benign honorific, the rendering of Asian Americans as model minorities provides justification for the notion that non-white persons can merit full inclusion into mainstream American society, but only if they work for it and prove themselves worthy of inclusion.  Asian Americans as model minorities “proves” the proposition that non-white persons can indeed achieve inclusion through their own labor and initiative, which are the bedrocks of the American “rules” of success for the good life (the so-called American dream).  This is the kind of bargain that American assimilationist discourse offers and that too many have accepted, wittingly or not.  The truth of the matter is, however, that this is a lopsided bargain.  If, as model minorities, Asian Americans have presumably kept their end of the bargain and made it into mainstream U.S. society, then how is it that Asian Americans continue to stand at the peripheries of so many areas of life (especially in the “upper echelons” of various professions) despite their economic and educational achievements?  In effect, this lopsided bargain ends up curtailing what Asian Americans can and cannot do; in other words, it is a form of racial disciplining.  More consequentially, this lopsided bargain sows divisions between communities of color, frustrating inter-racial solidarity.  If Asians can make it, then for those who cannot (read: many who are black and non-Asian brown), what’s their excuse?  As model minorities, Asians have achieved privilege the “old fashioned” way—we’ve earned it!  The implication is that for those non-Asian persons of color who continue to languish socio-economically, they are the perpetrators of their own victimhood.  Such perceptions of difference between communities of color, and the strategic realigning of especially Asian Americans away from African Americans and Latinos/as, serve to secure a vision of American society that pivots on the legacy of white ascendency and hierarchies of personhood.

There is a larger story to tell on the emergence of the model minority myth after World War II.  Part of that story involves the promotion of an American and Western European-oriented financial and political order that pivoted toward the modernization of Asia and the belief that cultivating Asians as model minorities was critical to this pivot.  I do not have the time or space to tell this story in detail here.  But I mention it if only to underscore my larger point that racism against Asian Americans is not simply a historical note, as perhaps the bishops suggest in noting that the Chinese and Japanese, like the Poles and Italians among other ethnic communities, “can attest to having been targets” (10, emphasis added) of prejudice in the U.S.  While the Chinese Exclusion Act of 1882 is no longer in force, and reparations have been paid to Japanese Americans who were forcibly interned during World War II, that legacy of racial exclusion and subjugation continues for Asian Americans, but in a more subtle and sophisticated form.  Asian Americans do not simply experience racism today if by that we mean being on the receiving end of stereotyping, micro-aggressions, workplace discrimination, and so forth.  Asian Americans are also subjected to racism in a qualitatively different way in our (direct and indirect) enlistment to uphold the values and hierarchies of American whiteness by serving as standard bearers of who can and cannot be counted as deserving minorities.  That Asian Americans are persistently perceived as model minorities is an important part of our enlistment for the actualization of those vicious ends.  This is what “racial divide and conquer,” in part, looks like in contemporary American life.

With that in mind, it is important to say that the bishops deserve a good deal of credit in pointing out that racism rears its ugly head in different ways (4).  One way, they write, is how conscious or unconscious racial “attitude[s] of superiority can be seen in how certain groups of people are vilified, called criminals, or are perceived as being unable to contribute to society, even unworthy of its benefits” (5, emphasis added).  Yet, we also need to ask what engenders such vilifications and claims of unworthiness, what purpose does such divisive vitriol serve (or whose interests does it primarily serve), and how are such vilifications and divisions maintained?  These are hard questions, but their assessment can be helped by taking more seriously the racial realities of Asian American life.  Those realities call attention to how the racism experienced by various communities of color, while not identical, are not necessarily isolated experiences but reflect a larger dynamic at work.  We see that dynamic when we reflect on how the racial experiences of Asian Americans are not simply about Asian Americans but are also about how the racializing of Asian Americans (as model minorities) plays an important role in the marginalization of African Americans and Latinos/as.  In short, when we focus on the racial experiences of Asian Americans, we gain access to how the white racial imagination perpetuates itself by peddling a system that sets the rules for social inclusion, that is, who is or is not worthy of American society’s benefits.  The model minority myth—or the racial disciplining and manipulation of Asian Americans through the allure and (false) promise of assimilation—is a critical part of that system’s durability.

While it is disappointing that the U.S. bishops barely acknowledge the complicated racial realities of Asian American life, they are not to be blamed either; the invisibility of Asian American experiences of racism is endemic to U.S. society as whole.  Such invisibility is one of the more significant achievements of the model minority myth.  It is in part because of our model minority status that Asian Americans are often seen as marginally relevant, if at all, to the larger conversations on racism in the U.S.  Rather than being taken seriously as persons of color who are, because of our color, subject to racial disciplining, Asian Americans are often taken as either unaffected by the kind of racism that afflicts Native Americans, African Americans, and Latinos/as or, more problematically, complicit in such forms of racism in their adjacency to those who are not black or brown.  (But never mind that Asians are not simply yellow but also brown!)  Such invisibility is not accidental but conveniently serves the purpose of diverting attention away from a more complete and troubling picture of racism in the U.S.

I am in complete agreement with the bishops when they assert, “To do justice requires an honest acknowledgement of our failures and the restoring of right relationship between us” (8).  But that requirement must also mean that we are fully committed to examining more thoroughly and systematically how the racial experiences of all communities of color are interlocking pieces of a larger whole, that is, the securing of a way of life that is at its core exclusionary, always on the terms or in the interests of those who are white.

KC Choi is an associate professor at Seton Hall University specializing in Christian ethics and Asian American theology. He currently serves as the chair of the Department of Religion and is the author of the forthcoming book Disciplined by Race: Theological Ethics and the Problem of Asian American Identity. 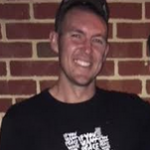