Like most of you, I have been hunkered down at home with my family due to statewide stay at home orders for the past few months. The fact that no one in my immediate family has (as of yet) been counted among the 38 million who are now unemployed and that we are able to work safely on computers in our house attests to our privilege. Real life at the moment feels suspended somewhere in the balance between boredom and a constant state of emergency leaving little mind space to think beyond the daily. But, as a theological ethicist how could I avoid thinking beyond the daily as I recognize the urgency to imagine an economy that is representative of our theological commitments and driven by the needs of people and planet?

We are now living through one of the deepest economic contractions in the U.S. since the Great Depression and in the history of capitalism. Due to the growth in the wealth divide over the last forty years, the economic pain of COVID-19 is being felt unevenly throughout the U.S. and around the world, with the most vulnerable and poorest people on the front line. The World Bank estimates that the economic shock caused by the pandemic will force 40 to 60 million people into extreme poverty, living on less than $1.90 a day. The vast majority of those people will be from Sub-Saharan Africa and South Asia. These numbers are staggering, but pointing fingers at a virus as the root cause of this economic crisis would be both deeply problematic and unjust. A joint statement “Calling for an Economy of Life” made recently by the World Council of Churches, World Communion of Reformed Churches, Lutheran World Federation, and Council for World Mission said, “The crises of the COVID-19 pandemic are rooted in human and systemic sickness. They stem from oppressive and exploitative economic systems that are based on the logic of profit-making, socio-economic inequalities, ecological indifference, political self-interest, and colonial legacies.”  Neoliberalism and policies that have encouraged austerity, gutted our public institutions, globalized production chains, rebalanced labor relations, fostered distrust in government, and nurtured social conditions that spurned nationalism have created a scarcity for the majority that puts their very survival in question in such desperate times such as these.

Who is Feeling the Economic Shock Waves with the Greatest Intensity?

Prior to the pandemic, a great deal of attention in the news media was given to a year of tremendous economic growth. The unemployment rate was celebrated for being at a half-century low. But, the greatest growth in jobs in the U.S. in recent years has been in the service providing sector which includes hospitality, food service, retail, and health services. Fewer of the people working within these jobs are paid family-sustaining wages. The Brookings Institution reported that 44 percent of U.S. workers in 2019 were employed in low-wage jobs that paid an hourly wage of $10.22 and median annual wages of $18,000. The majority of low-wage workers are White, but Hispanic and Black people are disproportionately represented among their ranks. According to the Kaiser Family Foundation,“3.5 million of these low-wage workers are in the health and social services industry, with the greatest number of those (1.3 million) working as aides or personal care workers (e.g., nursing assistants or personal care aides) whose jobs will bring them into frequent, close contact with patients.” KFF identifies these jobs as risky, both financially and in terms of employee health.

Moreover, women in the last two months have felt the economic shock of the COVID crisis with the greatest intensity because their employment is concentrated in the service providing sector. For the last 40 years, the working week for women has been extending.  On average, women are working about by “30.5 more fulltime days” each year and with recent closure of day cares and schools that burden increased. C. Nicole Mason of The Institute for Women’s Policy Research emphasizes that women’s job losses have outnumbered men’s in almost all sectors. White women’s unemployment increased almost sevenfold, from 2.4 percent in April 2019 to 14.6 percent in April 2020. Unemployment for Black (15.8 percent) and Hispanic/Latina (19.8 percent) women was even higher. In addition, about 80 percent of single parent households are headed by women and 23 percent of children live with their mom.

Before the COVID pandemic, low-wage workers were already living in precarious circumstances because these jobs often lack benefits necessary to provide for health care and additional income necessary to build things like emergency savings and retirement funds.  Studies show that about one in seven of these households already experienced food insecurity.  Despite the financial and health risks now associated with many low-wage jobs, these workers received little additional pay and no special bonuses when they were furloughed. At the other end of the employment spectrum, there are examples of some companies who have furloughed employees and readied themselves for bankruptcy while distributing millions to executives to mitigate their risk in losing leadership.

An Ecocentric and Theocentric Vision of Economy

Adam Tooze, a history professor and director of the European Institute at Columbia University, suggests that “the old economic and political playbooks don’t apply” today because we have never experienced anything like this before. If history has anything to teach us it will be tempting to look for a charismatic leader to save us. I want to urge us to look to faith traditions because they have much to offer here in developing a new economic playbook, one that keeps at the center the values of reciprocity, cooperation/collaboration, interdependence, accountability to the commons, sustainability, and the inclusion of diverse peoples and experiences. Traditions such as Christianity, Judaism, Islam, and Buddhism proceed from the assumption that the self exists in relationship and thrives in community and share the goal of embodying love in a just economy.

From a Christian theological perspective, my colleague at Bellarmine, Greg Hillis, urges us to think about how the COVID pandemic “illustrates one of the most important takeaways of a good Trinitarian theology: the unity of humankind.” The concept of Social Trinity is more than a description of God, it is a model for human relationships and the potential outpouring of love we can show for one another that resonates with ideas of group solidarity and collective personhood. We are not without other important conversation partners and potential guides in Buddhist economics, feminist economics, ecological economics, and the many people who have already learned to adopt creative ways to turn scarcity into enough. This crisis could become a moment of kairos, a historical moment into which God enters and we live into God’s economy of sharing. 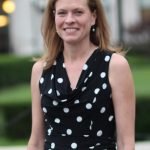 Elizabeth Hinson-Hasty is professor of theology and chair of the department of theology at Bellarmine University and author of The Problem of Wealth: A Christian Response to a Culture of Affluence, Catholic Press Association First Place Award for the Best Book Related to Catholic Social Teaching (2018). 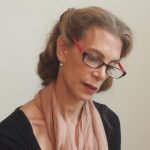 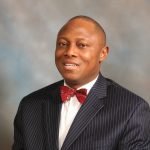 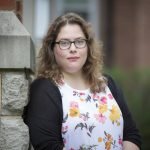