I stood on the green carpeted steps that ascended to the pulpit of Pentecostal Temple Church of God in Christ, located at 3844 Harrison Street, in Inkster, MI. In the space where my grandfather, Isaac King Jr., would weekly deliver the gospel with blackpentecostal fervor, I recited the words of a poem in honor of Dr. Martin Luther King Jr. I was assigned the third and final stanza:

The words remain with me even now, though at the time I did not fully grasp their gravity. I had, like so many elementary school youths, received the rudimentary sketch of the life and death of Dr. King. It would be some time before the gilded hagiography would be scuffed against the rough fabric of critical accounts. For the moment, I focused my attention on evoking the drama and affect fitting for a proper homage to a figure whom I knew only through inherited stories. I could not rightly remember Dr. King; I could only draw from a reservoir of well-worn narratives.

What does it mean to remember someone whose life and labor have entered the realm of cultural mythology? How does one reclaim a usable history from the fragments of speech and sermon that have been rearranged and often weaponized in service to various ideological aims?

In his essay “Critical Memory and the Black Public Sphere,” Houston Baker Jr. offers a possible approach to these concerns via the rhetorics of nostalgia and critical memory. For Baker, nostalgia (re)constructs the past in polished terms, in ways that sharpen certain features and blur others, aiming towards a memory that best serves one’s desired framing of historical events. Critical memory, however, “renders hard ethical evaluations of the past that it never defines as well past,” and such memory’s essential work “is the cumulative, collective maintenance of a record that draws into relationship significant instants of time past and the always uprooted homelessness of now.” These two processes, Baker asserts, are primary tools in the construction of a black public sphere, a space wherein the complex, layered lives of black people can be given voice. And it was Dr. King’s voice and language, Baker maintains, that powerfully made that public sphere most visible, audible, and present to the wider world.

Now and again, I wonder just what Dr. King could see and hear from that rarefied air in which his bold and timely proclamations would capture and convict many hearts. We get glimpses through his extant writings and speeches, through the witness of those who walked with him and knew him well. I think the words of my childhood poem offer a significant clue:

I am convinced that Dr. King’s vision of that place, that possibility, was the very thing that made his life and work a threat to the oppressive order. That place beyond hatred was a sign of another world, and a harbinger of the existing order’s demise. To make such visions visible, audible, and present was to indict the social and political circumstances of the time. King’s goal was to transform the everyday crises of black life into a national scene. It was calculated and disruptive amplification, the likes of which runs counter to the ways many would choose to remember or quote Dr. King today. James Baldwin put it well: “The role of the artist is exactly the same as the role of the lover. If I love you, I have to make you conscious of the things you don't see.” This, to me, is the heart and soul of critical memory: the loving, yet forceful turn towards uncomfortable, unseen realities.

I stood in the pulpit of Mason Temple, a site of yearly pilgrimage for tens of thousands of members of the Church of God in Christ. It was my first (and only) attendance of the Holy Convocation, the largest annual gathering of the oldest African American Pentecostal denomination. With hands clasped about the pulpit, I looked out onto empty pews, imagining the countless people who had filled those seats over the decades. I shuddered ever so slightly, remembering the figures who had spoken from within the very space I occupied. I had heard my grandfather speak nostalgically of those late fall trips to Memphis. For that moment, I was struck by the knowledge that from that very vantage point, Dr. King delivered his final address, “I’ve Been to the Mountaintop,” on April 3, 1968.

It is fitting that his speech begins with an imaginative journey through space and time, a recitation of figures and moments that marked the transformation of the social, cultural, and political landscape of the world. Something, he said, was happening in Memphis. And he made it known that he would be delighted if God allowed him “to live just a few years in the second half of the 20th century.” As Dr. King saw it, the work of God in that era called forth strange response from human beings.

Dr. King, in that moment, exercised his peculiar gift of collapsing space and time into a potent now. In a prescient way, he laid hold to the immediacy of the struggle, recognizing how long marches and freedom rides had converged with the vision of a coming glory. It was as though he could feel himself, and his audience, at the tipping point. And with neither fear nor worry, he gave himself over to a clarity that enabled a confident declaration: that the promised land was closer than it seemed.

In this most public of personal moments, Dr. King wove the nostalgic account of historical events into a fabric with the critical evaluation of the people, places, and powers of the struggle for civil rights. He made his view from the mountaintop visible, audible, and present, in a way that felt real to me even 40 years later. From behind that podium, I could tell that what Dr. King saw that night was something far beyond Mason Temple’s walls. In that pulpit, he stared unblinkingly at approaching death and doubted its sting.

Such unflinching conviction is a strange and necessary response. And King’s assessment on that April evening was a stark examination of the real and deadly consequences of resistance. There are costs to truth telling, and he did not obscure those costs from his audience. Dr. King knew that even within a philosophy of nonviolence, the transformation of an unjust society meant the infliction of pressure and pain. To appropriately remember King, then, is to withstand the anesthetic qualities of nostalgia that would blunt his sharp critique of a nation that fell woefully short of its own articulated ideals. He did not live (or die) in service of an uncritical allegiance to order and quietude.

Through a glass divider, the visible remains of a fateful motel visit are eerily frozen in time: a partially-filled coffee cup, cigarette butts, a slightly disheveled bedspread. I stand, silently, amidst a cluster of people waiting to pass single file through the rooms where Dr. King spent his final hours. The roseate décor of the rooms lends them an oddly cheery disposition that cuts against the somber mood. These are unchanging signs that everything has changed.

This is a past that is never well past. This is critical memory retelling a story we could scarcely forget, capturing the mundanity of death-dealing violence whose tendrils grow long enough to clutch our attention across an ever-growing distance of time. I look into those rooms, and I feel the dread anticipation made perpetual. There are no speeches from this balcony, only fingers pointing off into the distance. It is an empty sepulcher whose only acts of resurrection are those that bring sadness to life.

It seems fitting that we cannot access the space where Dr. King last stood. Some thresholds, it seems, are reserved for permanent crossing, for the acceptance that what they reveal cannot be unseen or given back. We know this much: hatred showed its face on that balcony. Its ugly gaze claimed a human life. And yet, this was all it could claim. It could not erase memory or motivation. It could not quench the indefatigable spirit of Dr. King’s counterparts. It could claim his body, but not his soul.

Such a place is a land of promise. It is already and not yet apparent. It is a place of rest that counters the always uprooted homelessness of now. Yet, we are not without hope. It is our critical memory that prompts us to ethical reflection on this, the anniversary of a grave injustice. We do not neglect that interrogative practice, the ongoing questioning of how to live in the face of hatred. William Faulkner offers this: “The past is never dead. It’s not even past.” If this is so, then I am still that boy on the pulpit steps, learning how to re-member these pieces of history one stanza at a time. It is the work of recitation and maintenance, of ensuring that the story does not end with us. In the end, King does not leave us with a repeatable template, but with habits of mind. The work of critical memory requires us to seek ways to make hard truths more visible, audible, and present to communal consciousness. King reminds us, through word and deed, that the ascent to the mountaintop is fraught with peril, but the view is unparalleled. 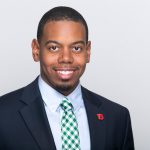 Kyle Brooks is a native of Detroit, Michigan, and a current Ph.D. candidate in the Graduate Department of Religion at Vanderbilt University in Nashville, Tennessee. He completed his undergraduate and master’s studies at Yale University. He is currently a visiting lecturer at Columbia Theological Seminary in Decatur, GA. His research interests include African American religious cultures and literatures, communication studies, and performance studies. 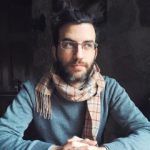