Disability is a theological issue because all people are created in the divine image, and people with disabilities indicate something unique about the content of that image. Disability is a political issue, too, because the distribution of social power should create the conditions for equality and justice; people with disabilities reveal how the restriction of access, the constraint of movement, and the discrimination against people with diverse abilities represents a failure of that orientation. These political aspects of disability lead to my thesis: caring for human beings made in God’s image is essential to our communal efforts to create just and compassionate political systems. This short essay will argue that theologies of disability can help to orient our readers to their own faith communities and to two contemporary political crises, the treatment of migrants on the U.S.-Mexico border and the multifaceted environmental catastrophe facing the planet. Theologies of disability can help faithful people of diverse abilities to care for each other, holistically, in worshipping communities; they can inform the responses of faithful people to the detention centres at the United States’ southern border; and they can empower people of faith to slow down and trust our bodies as a response to the world’s ecological decline. In what follows, I’ll define disability, ableism, politics, and equity, and then touch on the facets of my thesis.

What’s disability? Many scholars of disability, including theologians, argue that disability is both an embodied difference, and a functional limitation in terms of physical or social activities. For many reasons, some people can’t engage in particular activities or perform certain actions that most people would consider “normal”. Disabilities can be physical, like cerebral palsy, or intellectual, like the autism spectrum. Mood disorders such as anxiety and depression can be called emotional disabilities. Illnesses resemble, but are not identical to, disabilities. Some scholars call us “people with disabilities” – the terminology I prefer – and some “disabled people.” Moreover, disability is a theological and political issue because the Christian church – like other faith-communities – is captive to ableism, discrimination against and oppression of people with disabilities by those of able body. Plus, above I wrote “us,” for I too am a person with disabilities. I’m a Canadian theologian with spastic cerebral palsy, a neurological disorder that affects motor control. I possess both physical and intellectual disabilities, and that lived experience impacts all of my theological reflection.

Additionally, politics concerns governance and the operation of human societies; politics and disability are intertwined because people of all abilities can effect changes in our common life and exercise of power. Finally, equity is the social matrix of shared power wherein people of all abilities can create mutual flourishing and right relationship.

I’ve said that caring for human beings made in the divine image empowers us to create just and compassionate political systems. For Christians and others with disabilities, that compassionate assistance begins with the provision of access to equity. Let’s examine some facts: about 15% of the world’s population lives with disability. Moreover, the World Health Organization suggests strongly that people with disabilities are less likely to be gainfully employed (our employment percentage sits at 44% globally), and less likely to be well-educated, than people of able body.

These statistics partly emerge from the perceptions that people of able body have of us. Late sociologist of religion Nancy Eiesland, who taught at the Candler School of Theology, asserts that many able-bodied Christians see disability as a sign of God’s will, a sign that individual people are blessed or cursed, a test of faith, or a sign of God’s sovereign power. These unfounded prejudices can create the conditions for inadequate worship- services, where people with mobility devices cannot ascend stairs, and where those with hearing difficulties cannot access prayers, sermons, or songs. These biases can also lead to the erasure of our agency; for instance, worshippers and leaders may speak to our caregivers rather than to us directly, and some folks even perform disastrous faith-healing services where groups of worshippers attempt to “pray away” our disabilities, resulting in injury and death. These actions belie the justice that people of faith are called to embody!

Rather than acting out of prejudice, Christians of able body must remember Paul’s axiom that all believers can offer gifts as part of Christ’s Body (1 Corinthians 12:21-27); other people of faith can find similar warrants in their own scriptures. Similarly, worshippers of able body need to recognize that believers with varied abilities can take on multiple roles in worship-services. In turn, once our gifts are recognized, believers with disabilities can offer them to others, and show unbounded love within our limitations.

Second, and moreover, theologies of disability can help people of faith to respond to the US-Mexico border crisis. In case you haven’t been aware, since autumn 2018, large numbers of Latinx migrants and asylum-seekers from Honduras and other countries have been actively searching for refuge in the United States; since then, journalists, human-rights groups, and others have discovered “concentration camps” near the border. Many contain sick and dying children. Influential figures ranging from comedian Stephen Colbert to Congresswoman Alexandria Ocasio-Cortez have condemned the misuse of these detention centers; their words ring true, for these centers fly in the face of the vulnerability and hospitality to which faithful folks of all abilities are called! Many migrant children are ill or dying from treatable illnesses, and some are being starved or deprived of other necessities. As well, the treatment of migrants with disabilities adds poignancy to the crisis at the border.

A theology of disability can speak into this situation by recalling faithful people to hospitality, the kind enshrined in YHWH’s edicts to the Israelites about refugees in Leviticus 19:33. Worshippers of diverse abilities can put their bodies on the line in protest; we can continually call our representatives in Congress, or – as my colleague Jennifer Owens-Jofré points out — donate time and talent to organizations such as Casa Marianella and No More Deaths. Lastly, we can engage with art and literature from Latinx contexts as gestures of spiritual siblinghood. Since all people are made in the divine image, all people need and deserve compassionate care for their bodies and spirits, and to have their cultures affirmed.

Third and lastly, as I said, because all people are made in the image of Love, all connect to the Earth in our bodies. The Hebrew accounts of creation in Genesis 1 and 2 suggest strongly that one of humanity’s primary tasks is giving back to the Earth (Genesis 1:27-28, and 2:18-21). Also, the Jewish Law and prophets offer glimpses of what harmonious relationships between humankind and creation might look like (e.g., Leviticus 19:9-10, Isaiah 11:1-9). Nonetheless, many Christians have devastated the Earth since the Industrial Revolution. Often in the name of the Judaeo-Christian deity, empires have subjugated lands and peoples, and pillaged the Earth’s resources. Overuse of fossil fuels, rapid deforestation, and greed for minerals have led to catastrophic climate change, as well as extreme weather conditions and species extinction. The human species needs to stop polluting the Earth, or all life will suffer.

A theology of disability can help human beings to contemplate, and combat, ecological devastation by helping us to attend to our bodies. For instance, Sharon Betcher, independent postcolonial theologian with disabilities who previously worked in Vancouver, asserts that people of diverse abilities must learn to trust our bodies, in order to live in a world captivated by ableism . In Toronto, United Church of Canada theologian Thomas E. Reynolds affirms Betcher’s point indirectly, by observing that capitalist societies are predicated on equality, autonomy, and rationality – categories that people with disabilities call into question in our bodies. If faithful people of diverse abilities can disconnect from our devices, and really be in our bodies, we can avert ecological disaster.

In this article, I’ve used three examples to argue that theologies of disability can aid human flourishing, because caring for people of varied abilities made in God’s image allows us all to create more just and compassionate political systems. First, I asserted that believers of diverse abilities require unfettered access to equity. Second, I noted that a theology of disability can also speak back to the needs of migrants on the U.S.-Mexico border, because such theologies call us to have compassion for all bodies and cultures. Third, I’ve suggested that a theology of disability can remind us to trust our bodies, and so can give us a partial solution to the multifaceted environmental crises that face our planet. Care for human beings created in the divine image both allows us to form just and equitable political systems where all these futures become possible, and impacts all of our common life. 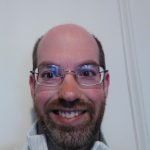 Mike Walker is a theologian of disability from Summerside, Prince Edward Island, Canada; he completed a doctorate in theology at the University of Toronto in May 2018, and has numerous church-related publications and presentations to his credit. He’s currently at North Park Theological Seminary as a visiting professor through the Louisville Institute; his greatest desire is to be an accessibility advocate within the theological academy. 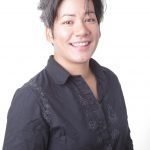 6 thoughts on “Embodying Compassion: the Theological and Political Content of Disability”